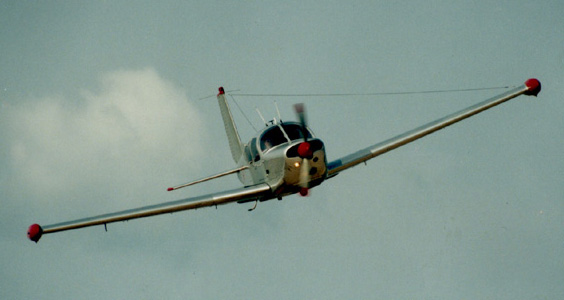 The S.205 was an effort of the SIAI Marchetti factory to enter the light aircraft market, after the chaos of post war Europe. The S.205 is an early 1960's design, by chief designer Alessandro Brena of SIAI Marchetti. The concept was a basic airframe fitted with a range of engines and either fixed or retractable landing gear. In a way it was an Italian answer to the Piper Cherokee, only less successful. The prototype first flew in May 1965. With production finished in the 1970's. It has FAA type certificate no A9EU.
The S.205 is an all metal low wing, single engine, four seater. Although some are converted to five seaters by adding a fifth seat, despite weight limitations. 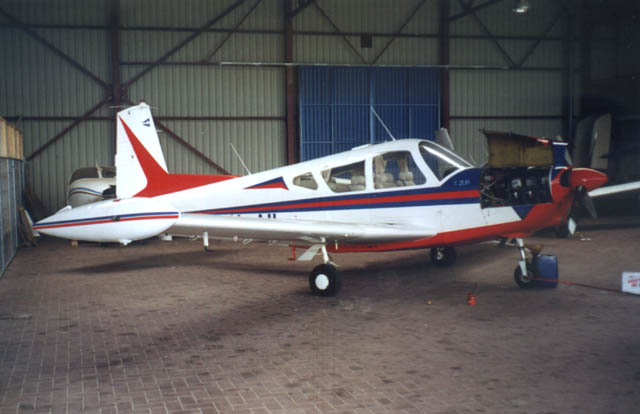 About 65 S.205-22/R airframes were shipped to the USA, to be assembled by WACO at Syracuse, New York.
Initially marketed as the WACO Sirrus, later renamed as VELA S220. After the death of Mr.Berger, at that time the driving force behind WACO and Franklin and Jacobs, no additional S.205's were assembled in the USA.

I have the following production figures give or take a few:

So I think just under 400 aircraft (379 ?) were built, although I am missing some aircraft. Registrated in some 27 countries in Europe, Africa, the America's and Australia, and in service with the air forces of Italy, Tunisia and Ethiopia.

This is only a small story about the SIAI Marchetti S.205 and S.208 aircraft. 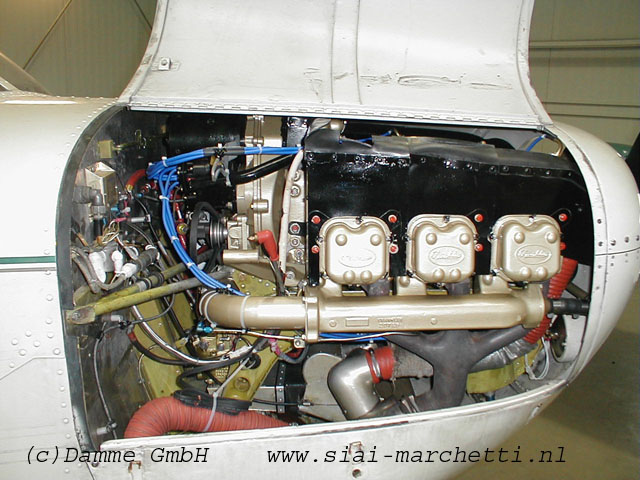 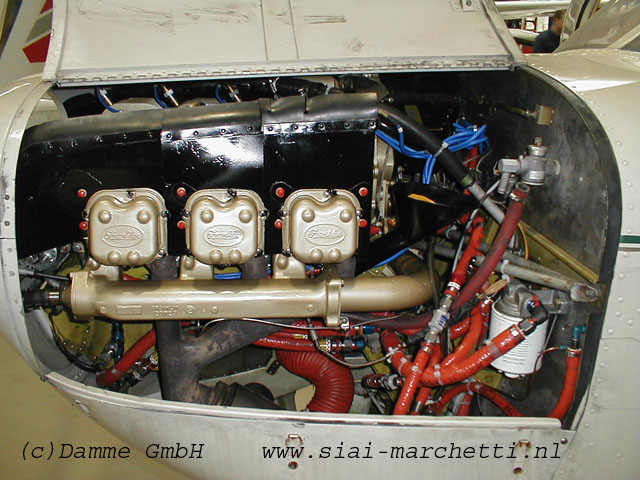 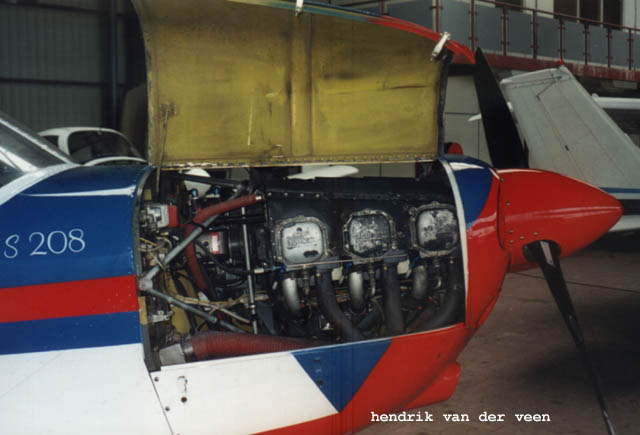 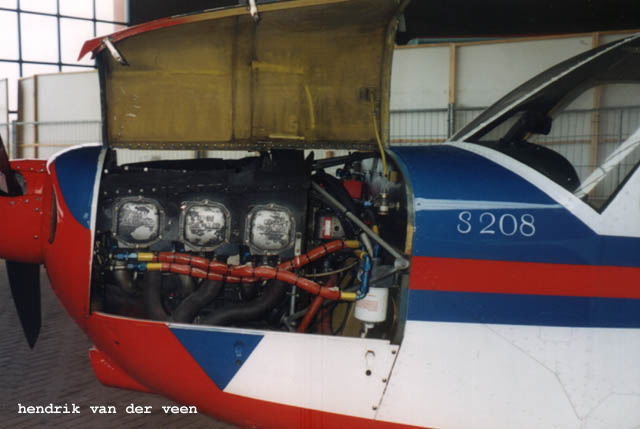 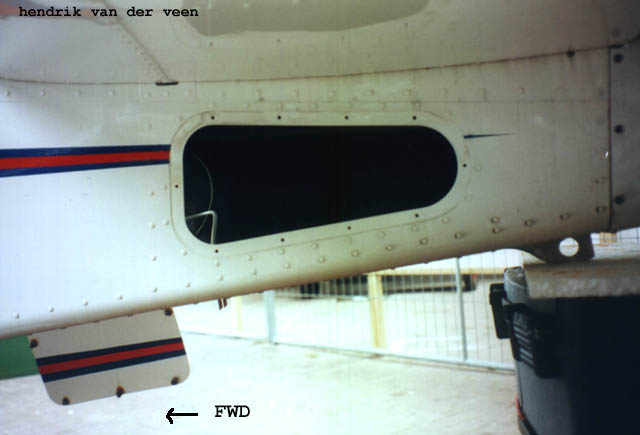 inspection panel removed on left hand side of the fuselage 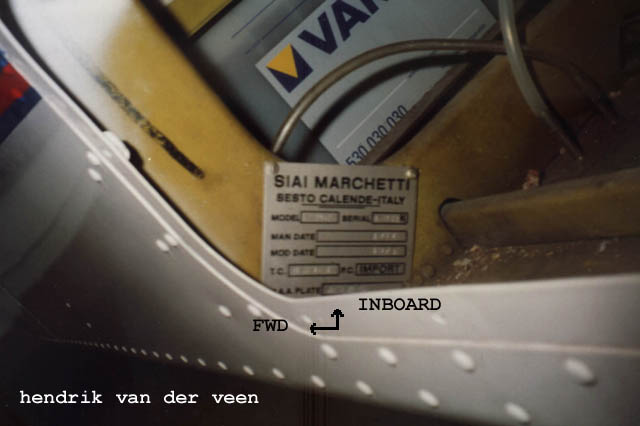 looking thru this hole in the fuselage, the construction number plate can be seen mounted to a bulkhead,
aft of the aircraft battery 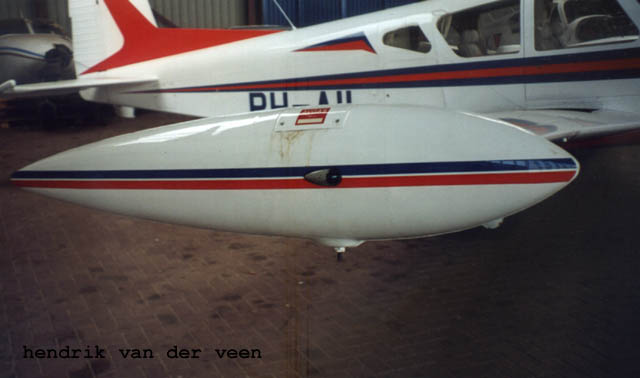 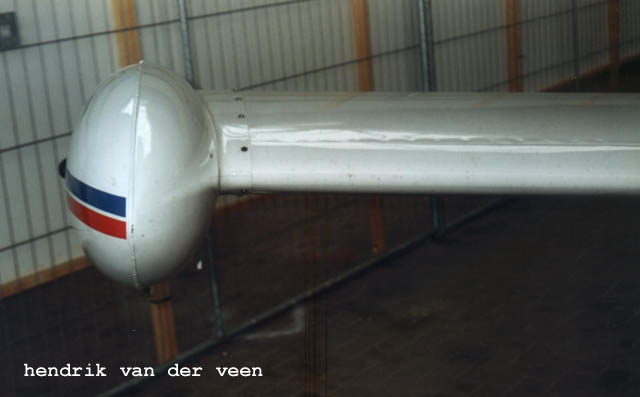 Return to the HOME page